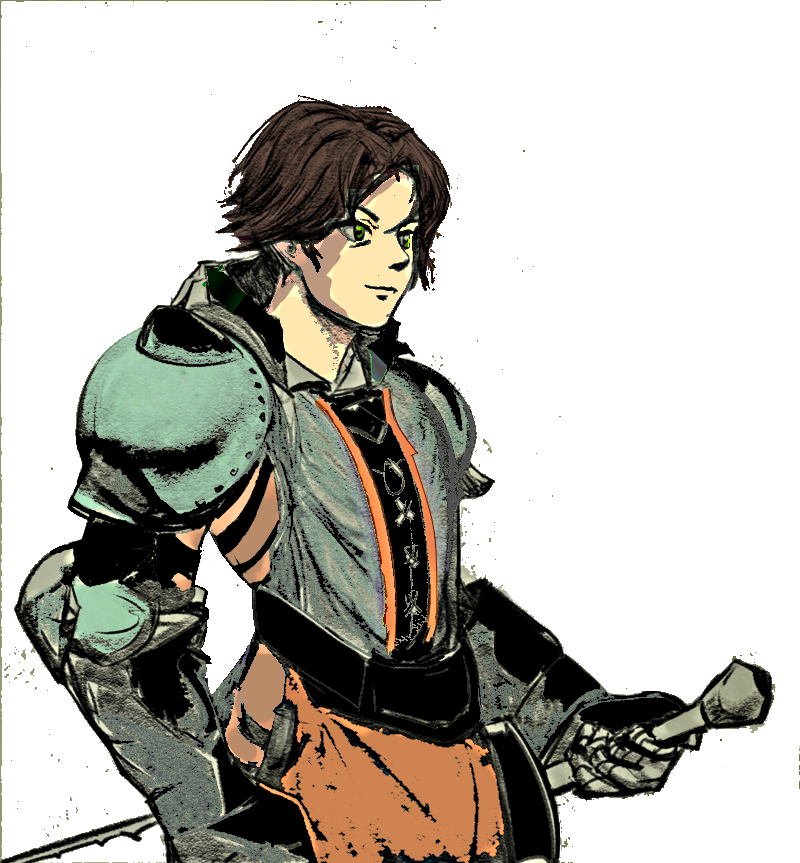 Still young by both human and elven standards, Lander holds himself with an abnormal level of confidence and self-assuredness for someone so youthful. He seems to always have something to say about the issue at hand, and is never short to curtly correct his travelling companions, should he believe them to be in error.

While being of average height, Lander’s likeness is decidedly more elven than it is human. High cheekbones lead toward a set of slightly pointed ears, while a pair of arching eyebrows bely a level of near-constant incredulity at the world around him. His mouth, little more than a line of indifference, is often turned inward with frustration at the antics of those with whom he travels.

Lander’s most human-like feature are his eyes – misty grey irises stare out at the world before him and are decidedly lively, a trait uncommon in his elven forebearers.

Despite being raised by his elven mother, he has spurned the traditional long and elegant hairstyles of this people and instead opted for a shorter and more human hairstyle with his dark hair being swept off to either side.

Curiously, this half-elf spurns the traditional heavy plate armour of his paladin kind and instead has opted for lighter plate over chainmail. This provides him with increased dexterity and endurance, but is at the expense of his security.

Strapped to his back is his broadsword, Draug Dagnir. This blade thrums quietly with arcane magic, and when used in battle will occasionally burst into flames, burning his enemies with righteous fire.

Lander is largely reluctant to speak about his past, and has only recently revealed who his mother was. A scholar versed in dragon lore, Thenilae Greybrook died several years ago from unknown causes. Her death left Lander deeply shaken, and it was this sudden and tragic loss that precipitated his movement into the divine art of a paladin.

Learning the ancient art from a conclave of holy warriors in Brevennia, Lander was a quick study and found himself to be benefiting well from his dual heritages – while lacking the brute strength of a stocky human warrior, he had the light-footed abilities of an elf and consistently uses such to his advantage.

Lander recently ran into Squad 8 of the Leowolf Knights in the town of Heirdrie. His initial observations were not kind, and he still struggles to see how such a group of reluctant adventurers gained such notoriety during their training days. Nevertheless, fate has forced Lander into their fold and he will do what he can to avert the catastrophe his mother’s work informs him is upon the horizon. 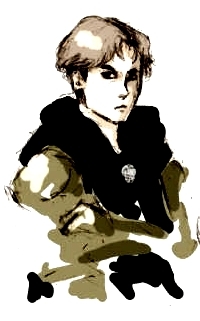