Self limiting factors... for your safety 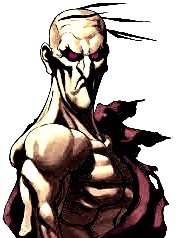 Oro is the physical guard assigned to the Hole in the Earth, a prison used previously to house dangerous entities between the surface world and the Shadowfell.

Squad recognizes him as former Leowolf Knight monk of legendary strength who once killed a sparring partner in contest. Found out to be a conspirator among the Knights for Tiamat Oro now guards the Hole as a combat pragmatist, stating he knows which side of this conflict is certain to win. 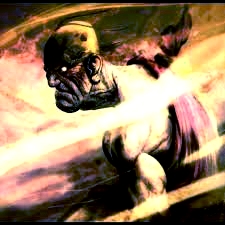 Oro binds one arm in combat to ensure fairness and safety to his opponents. 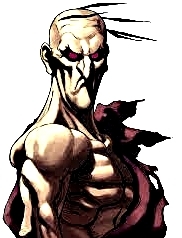